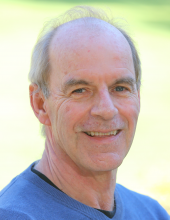 Captured production of aquatic food organisms such as fish, crustaceans and molluscs has stayed around the 90 million tonnes level since 2001.

A great number of traditional fishing grounds are over-fished with many of the commercial fish species on the brink of extinction. Mainly due to a growing global population, demand for fish has seen a steady increase and global food fish consumption reached a new high of 118 million tonnes in 2009.

As a result of above developments, aquaculture, the production of aquatic food organisms, has shown the fastest growth among agricultural food production sectors with per capita supply from aquaculture increasing from 0.7 kg in 1970 to 7.8 kg in 2008, an average annual growth rate of 6.6 percent. Total aquaculture production increased from 10 million tonnes of fish in 1984 to 38 million in 1998 and to 55 million tonnes in 2009.

This rapid increase in aquaculture production has affected the global market significantly as aptly summarized in the following quote from a CNN news item: "If you ate a fish for dinner last night there is a 50% chance it was not caught it the wild". With its expansion, problems related to aquaculture have become increasingly evident. Among these problems are the partial dependence of aquaculture on marine fisheries by use of wild seed and use of fish meal derived from fish caught in the wild.

By combined engineering and biological approaches, initial hurdles have been cleared but still many water quality related aspects of intensive fish culture remain unsolved. Combating water quality deterioration and, hence, pollution by aquaculture systems has been my main professional interest over the years at the Hebrew University of Jerusalem.

In recent years, aquaculture (cultivation of fish or other aquatic organisms) is characterized by the tendency towards growing more fish per area unit.
As opposed to conventional fishponds, water quality deterioration proceeds rapidly in these intensive fishponds and without man-made interference, fish mortality would be imminent.

Theoretically, two options exist as to maintaining an adequate water quality in these intensive fish culture ponds: (1) The ponds are continuously flushed with clean (unpolluted) water or (2) The pond water is continuously treated in order to reduce the level of pollutants.

Unlimited amounts of clean water to flush the ponds is a luxury which is restricted to few geographical areas only, and water discharge from fish ponds cause considerable environmental pollution. Therefore, treatment of the pond water is the option of choice.

The technology, developed by our group, comprises indoor fish culture tanks operated in a fully recycling mode. This recycling is achieved by the combined use aerobic and anaerobic biofiltration whereby the bulk of pollutants are released into the atmosphere as harmless gases.

Through research on several freshwater and marine pilot plants we showed that fish can be grown at high densities with adequate water quality conditions in a complete closed mode, i.e., without discharge of water and organic and inorganic waste products to the environment. In 2007, the patented technology was sublicensed to the GFA company.

After operating a beta plant for production of gilthead seabream in Israel, the company installed a commercial marine fish culture plant in Hudson (NY, USA) in 2009, which operates under the name “Local Ocean”.

Specific research topics over the years were focused on biological conversions of inorganic nitrogen, phosphorus and sulfur compounds as well as the identification of microorganisms involved in these conversions.

Studies on denitrification, both in the field as well as with denitrifying bacteria isolated from recirculating systems, provided important and novel information on the physiology of denitrifiers as well as their activity and metabolism under field conditions.
Denitrifiers were not only found to control nitrate concentrations in the culture water but also were major intermediates in orthophosphate removal from the culture water.

In marine recirculating systems operated according to this zero-discharge principle, sulfide production was of major concern as this compound is highly toxic to fish.
A study aimed at identifying the microorganisms underlying sulfur transformations was initiated and attracted cooperating scientists interested in marine sulfur transformation processes resulting in information not only relevant to the marine zero-discharge system but also to the marine sulfur cycle as a whole.
During the last years, much of my research efforts were directed at examining the importance of the anammox process in marine, zero-discharge systems. The study, in its final stage, point to a symbiosis of denitrifiers and anammox organisms in organic-poor parts of the treatment system.

Removal of off flavor compounds

Production and biodegradation of off-flavor compounds, geosmin and 2-methylisoborneol, in recirculating systems has been an additional topic of intense research over the last years.

These metabolites are two of the most common compounds that impart a so called off-taste to fish. Furthermore, these compounds are often associated with an earthy-musty taste and odor of drinking water.

Our study on off flavor compounds in recirculating systems, the first of its kind, revealed that geosmin and 2-methylisoborneol are produced by streptomyces that form an intrinsic part of the microbial community in the treatment stages of these systems.

These initial findings led us to the conclusion that instead of preventing production of geosmin and 2-methylisoborneol, more attention should be directed toward the removal of these compounds in these recirculating systems. We found that a considerable removal of these compounds took place by adsorption to organic sludge in the anaerobic treatment stage and, in addition, that under these latter conditions the compounds were also biodegraded.
Enrichment of the organic sludge resulted in the isolation of some bacterial strains with degradation properties of geosmin and 2-methylisoborneol not described thus far.

Earlier studies demonstrated that denitrifiers are able to store polyphosphate and thereby withdraw considerable quantities of orthophosphate from the culture water.
Presently, in cooperation with British and American counterparts, we hypothesized that in marine environments, polyphosphate derived from the denitrifiers, might serve as an important intermediate in apatite formation.

We found that pore waters within the anaerobic treatment compartment of the zero-discharge recirculating system were highly oversaturated with respect to hydroxyapetite. This apatite formation was attributed to two possible mechanisms, one involving direct precipitation of phosphate from pore water solutions, the other, involving polyphosphate as an intermediate in apatite formation.
In collaboration with Prof. Michael Krom (Leeds University, UK).

The beneficial effects of humic acids in aquaculture systems

Over the years, we encountered few diseases in the zero discharge systems we operated. These systems, due to their closed mode of operation, are characterized by humic acid rich water.


This led us to our working hypothesis that such acids (as described largely in the grey literature) might exert an antiseptic protection for the fish cultured in these systems. Initial studies have revealed a steady increase of humic acids in zero-discharge recirculating systems.
The compounds mainly originate in the anaerobic treatment step where most of the organic matter is digested. Furthermore, preliminary studies revealed that koi carp, cultured in humic acid-rich water, were to some extent protected against a highly virulent strain of herpes virus.

Nitrate, the end product of nitrification, accumulates in the water and is usually not removed. With the booming interest in the aquarium hobby, seawater aquariums have gained increased popularity and, moreover, new exotic ornamental fish species are steadily introduced.

These developments have led to higher demands with respect to the water quality in aquariums. In particular, much of the recent literature in the field stresses the need for nitrate removal as: (i) some ornamental fish species are unable to propagate or grow in water containing
high nitrate levels (e.g. soft water species such as discus, marine fish species, organisms within marine reef systems and (ii) high nitrate levels in aquariums stimulate undesired algal growth on the walls of the aquarium (fouling). Ongoing research in our labs examines the possibility of using immobilized denitrifying bacteria for nitrate removal from aquariums.

For this purpose, single and complex biopolymers were employed as carriers for denitrifying bacteria. Through an examination of the biological and mechanical properties of those immobilized complexes in aquarium set ups, we found that low nitrate levels could be sustained for extended periods of time. In collaboration with Prof. Amos Nussinovitch (HUJI).